A map of the whole of the Ecumene, plus its neighbors. 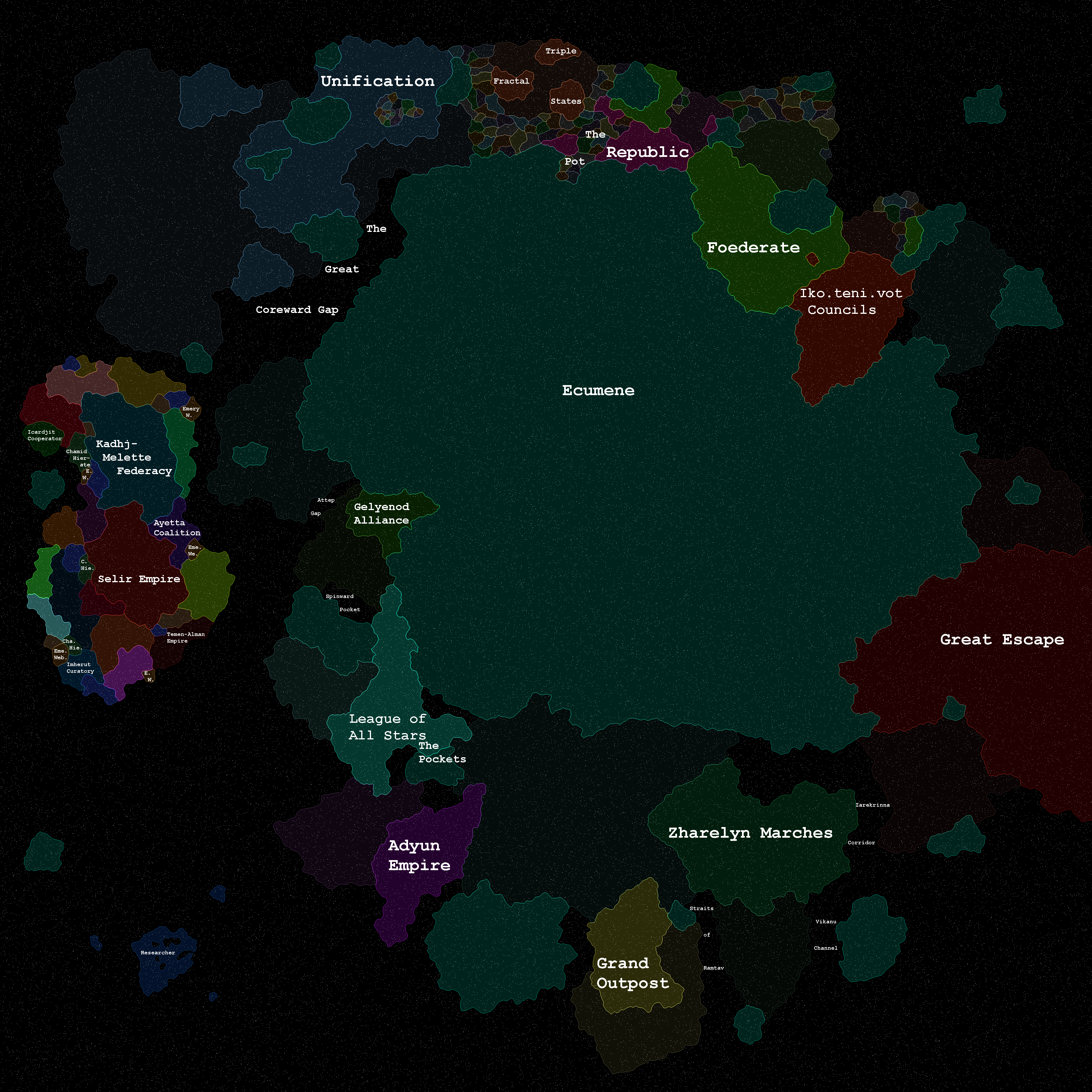 Many of the borders of the Ecumene have been roughly stable for hundreds of years, with some even lasting millenia. Whether by way of treaty (whether with a single nation or in sequence), by informal agreement, or merely by the whims of time; these borders (though always extremely loose with regards to entry) together define a characteristic half-jagged half-rounded shape for the Ecumene. Despite their seeming stability, however, even the longest-lasting (two to three millenia) vary wildly on the small scale- in the span of months, systems may go from being part of the Ecumene to being part of another star-state to being part of the Ecumene once more. The Ecumene also expands at extremely varied rates- this is difficult to predict, and often only works in hindsight, but in recent times the rate varies between -6 and 9 light-years per decade at the extremes.

These moves are often scheduled and small, with spontaneous secessions or gains of dozens of stars being so rare as to only happen a few times per decade, but this still means that no map of the Ecumene can possibly be completely up-to-date. The longest journey at the fastest speed possible within the Ecumene still takes over a year, and ansible speeds lag behind that by a factor of three- so even a mapping outfit with nigh-infinite resources would need to develop a faster form of FTL to get accurate information for every last system. As such, most resign themselves to either being more out of date the further the mapmaker is from the rest of the Ecumene or to having smaller regional maps (even the largest contiguous sectors take only a couple months to traverse). This map takes the former path, but the current situation is much better than in the past- though the Ecumene was thousands of light-years smaller, travel times were much longer.