The 67.1-month (5.6 years one way, including port and supply time) long journey snaked through the Hydric Main, traversing 93 of its 526 stars and travelling 402.3 light-years on the quickest, most direct route... and came back mostly empty. The ridiculous distance and time required meant that trade from the Ecumene to foreign polities simply could not be done at the moment. Apart from a few ill-fated trips for extremely rich people (one of the most important archaeological sources of the proof of such a journey), the Hydric Transfer Service never saw true service. Within a few centuries, faster drives would become available- but that would only occur after the Ecumene sundered. 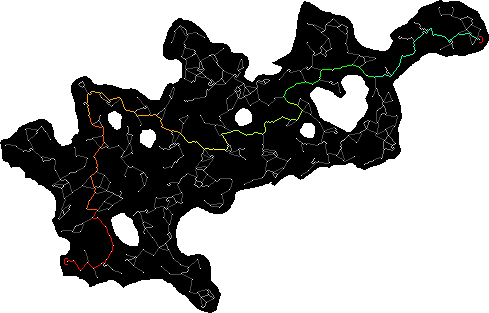